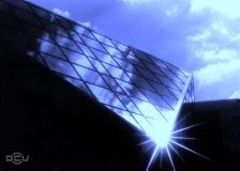 The most obvious feature of buildings is that they are usually much bigger than the average photographer. This implies that if you want to capture all of the building, the camera will have to be tilted backwards. Consequently verticals start to converge and the building seems to be falling backwards.

Special lenses called shift lenses can move the front element relatively to the film plane thus keeping verticals straight. However failing this you could look for a viewpoint higher up so that you don't have to tilt the camera backwards.

Alternatively, use converging verticals as a compositional aid by exaggerating the effect. Move in close to the building and tilt your camera backwards. This will make for an interesting image, more so if you use an archway to frame the subject in any way. Walk around the building to look for interesting angles. Use small apertures for large depth of field and don't ignore a great shot just because of some âruleâ you have read about.

The best time for this is soon after sunset when there is still some light in the sky. Use a tripod together with the self timer to avoid camera shake. Floodlighting will create a color cast but this adds to the atmosphere, so don't filter it out. Shoot a few frames over the suggested exposure and choose the best image later.