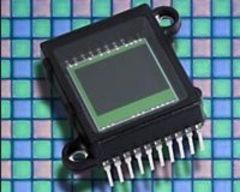 Digital camera manufacturers often quote the total number of pixels of the sensor to indicate the camera's resolution. However, not all of these pixels are used for recording the image.

For a digital camera to know what black is, it needs to take a dark current reading, which is the base value of a completely black pixel. For this purpose some of the vertical columns and horizontal rows on the edge of the sensor are covered with a black dye â so called Video Signal Shading â and cannot be used for recording the image. Within this number of âblackâ pixels the manufacturer has the flexibility to choose the output image size which will fit into a standard aspect ratio such as 4:3 (1600 x 1200 or 2048 x 1536 pixels) or 3:2 (the equivalent of 35 mm film) and crop the CCD's pixels accordingly.